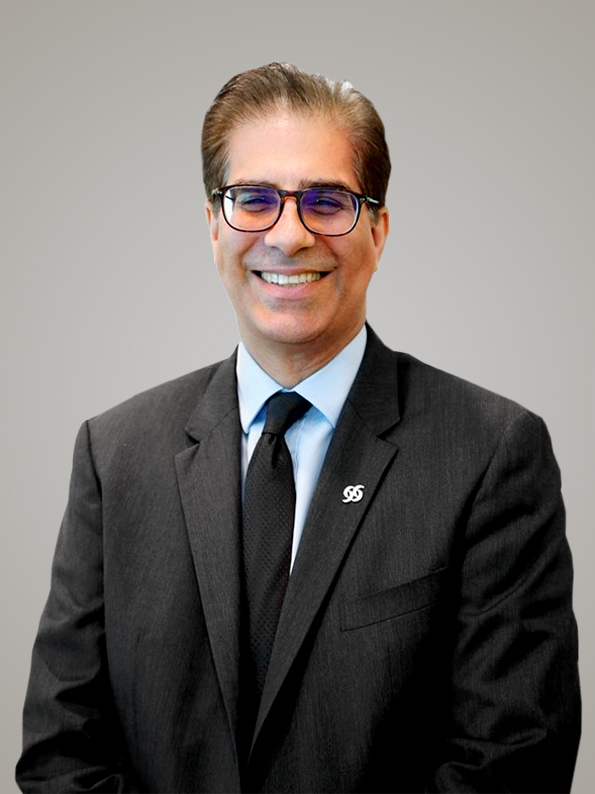 Mr Rehan Khan was born and brought up in the south of London, England. From an early age, he was keen on sports and particularly cricket and football. While studying for O Levels and A Levels, he enjoyed tutoring mathematics to younger kids. He is married with two daughters and lives in Doha, Qatar.

Mr Khan graduated from the London School of Economics with a Bachelor’s degree in Economics, specialising in Monetary Economics.

He trained with KPMG in London and with first time passes, became a member of the Institute of Chartered Accountants in England and Wales, and he was in KPMG’s financial services division where he worked with clients from a range of industries.

He joined HSBC in London right after graduation and was successful in getting secondments as CFO to India, Malaysia and Saudi Arabia. These were fantastic experiences from both a professional and cultural point of view. Mr Khan enjoyed a total of 23 years of experience with HSBC and was a member of the company’s Group Talent Pool.

Mr Khan joined the Commercial Bank of Qatar as Chief Financial Officer in 2013. He became Director of Orient 1, CBQ Finance, CB Global and CB Financial Services, and has been a key member of the Bank’s five-year strategic plan and successful execution. He considers it extremely satisfying to play a part in the turnaround of the bank. The team has gelled with a very supportive Board and he believes that this shows in so many ways including the financial results of the bank.